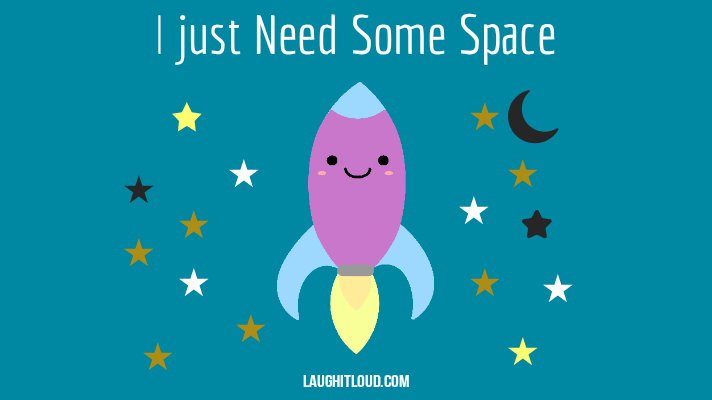 From an early age you have always wanted to be an astronaut and if the moon landing of the Sixties has remained in your heart, but unfortunately you could not become an astronaut but you like to talk about space you have come to the page of your dreams: here, in fact, you will find a hilarious list of space puns, astronaut puns, and space jokes

We have grouped These space puns, therefore, give you the opportunity to leave, at least virtually, our planet to float and spin in zero gravity.

1. The biggest difference between time and space is that you can’t reuse time.

2. I have a pun about black holes but it Sucks

3. I got this new book focusing on space and anti-gravity I can’t put it down

4. Some people dont know why the planets orbit around the sun.

5. They just don’t understand the gravity of the situation.

6. Did you hear about the astronaut who stepped in gum? He got stuck in Orbit.

7. Did you hear about the pay as you go toilet in space? The price was gastronomical!

8. My wife believes she’s a satellite radio. At first I thought she was kidding, but apparently she’s sirius.

9. When they sent the first cow to space, The steaks had never been higher!

10. Do you think space aeroplanes will ever be a thing? Because personally I can’t see them ever taking off.

11. Ever heard of the restaurant in space? Great food! no atmosphere!

12. Did you hear about the guy who was afraid of tight spaces at Christmastime? He had Santa Claustrophobia.

13. So i started an aerospace company I hope it starts to take off soon.

14. Scientists recently spent 24 hours observing the moon orbit around earth. They got bored and called it a day.

15. I took a rocket all the way up into the atmosphere only to collide with an asteroid
I think that’s interpherence

1. I once met an astronaut who was claustrophobic, Turns out he just needed a little space.

2. I could’ve been an astronaut But my parents told me the sky’s the limit

3. Finally became an astronaut It was totally out of this world

4. Did you know Astronauts said steaks are better in space? They’re a little meteor.

5. Dad told me I should be an astronaut. apparently I have been taking up space for years.

6. Why do astronauts use linux? because you can’t open windows in space.

7. I went to astronaut school but flunked the zero-gravitas test.

1. Why does an asteroid taste better than a comet? – Because it’s meteor.

2. What time do they use in space? – Light years

3. What is an astronaut’s favorite candy bar?
– Milky way

5. What do you call a NASA employee that has never reached space? – An Astro-not.

6. Where do astronauts go to unwind after a hard day’s work? – The spacebar

7. What do you call a space travelling squirrel?
– An astronut.

9. How did the space criminal escape from the prison planet? He achieved escape velocity

10. How do aliens keep themselves clean while in space? – With a meteor shower!!!

11. Why do astronauts wear spacesuits? – Because they perform better under pressure.

12. Why do asteroids have good street smarts?
– Because they have comet sense

13. What is an astronauts favourite drink? – Gravitea.

60+ Best Bread Puns That Will Make You Loaf

85 Pickle Puns That you will relish for a long time