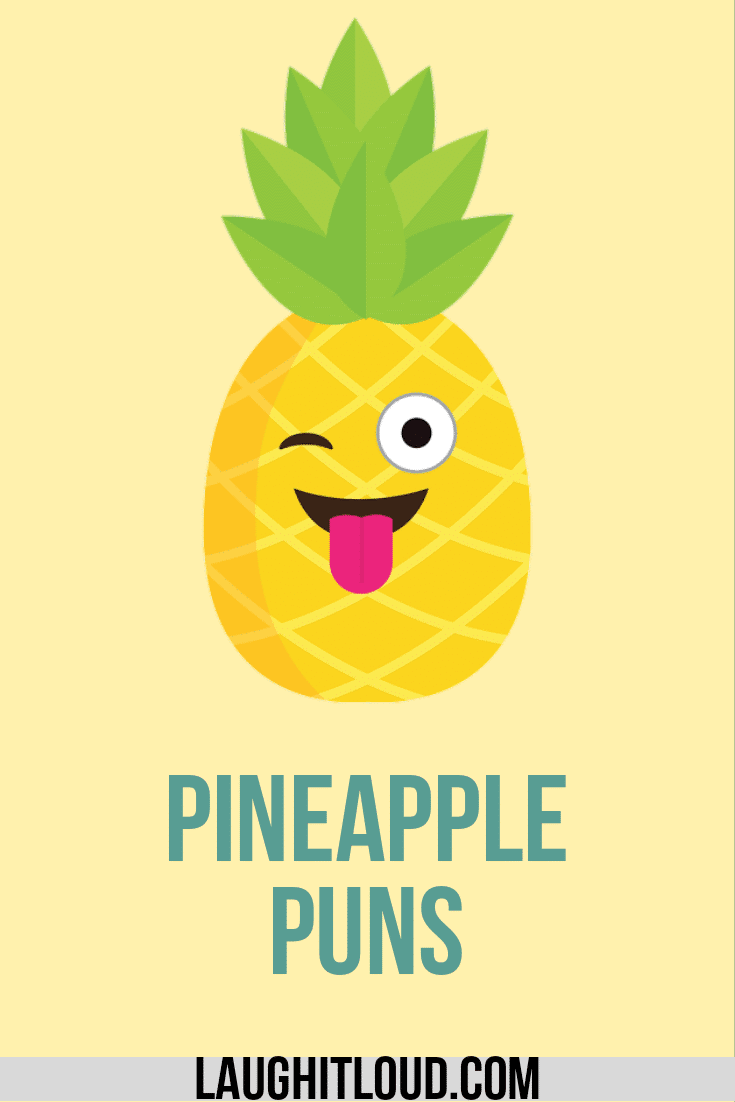 Funny Pineapple puns are here for you If you like pineapple, when you finish reading this you will like it even more. This fruit, apart from this delicious, contains many health benefits. It improves digestive transit, has many antioxidant properties, and very few calories. What else can we ask for?

Pineapple or Ananas comosus, comes from a perennial plant in South America. Its exotic and vitamin- rich flavor is increasingly present in many recipes . The pineapple is a fruit that usually eat much in summer, but it is preferable that you can consume all year. pineapples have many vitamins, in addition to improving our digestive system. This aphrodisiac fruit reduces inflammation of the intestine, which helps reduce diseases of the digestive system. In addition, it helps to lose weight due to its low calories and high level of antioxidants. In addition to being delicious, this fruit is rich in fiber, vitamins and minerals and basically consists of water.

1. What do you get when you cross an apple with a Christmas tree? – A pineapple.

2. Why was the shark eating pineapples Because it makes seamen taste better?

3. When is an apple not an apple When it is a pineapple?

4. What do you call a fat pineapple A pineapple chunk!

5. I once put rum and pineapple into CERN’s particle accelerator Discovered the Piña Collider

7. Who lives in a pineapple under the sea SPONGEBOB SQUAREPANTS

8. From where do you get pineapple milk From its pinenipples!

9. What did the salad say to pineapple Lettuce be friends

10. What’s the difference between dead babies and pineapples I wouldn’t dare put pineapple on my pizza.

11. What do you call a pineapple with grandkids Anana

12. Pineapple on pizza is like going down on your cousin. It tastes good, but something ain’t right.

13. What kind of fruit do trees like the most Pine-apple

14. What is a pig cross pineapple A porkypine!

15. Did you hear about the honeydew and pineapple who tried getting married The court said they cant-eloupe

16. My friend thought he is so smart, he said onions are the only food that make you cry.
So i threw a pineapple at him.

18. What do you get when you combine a Christmas tree with an iPad A pineapple

19. What do you call someone who likes pineapple but not on his pizza Sane.

20. What do we get when we cross a pineapple and a pig We have a porky – pine!

21. Why pineapples make your semen taste better it just ruins the pineapple.

22. Someone important came to my house. I tried to make him a pizza with pineapples out of spite, but I burned it. I should have put it on aloha temperature.

23. Who lives in a pineapple under the sea Malaysian airlines flight 370

24. What do we call a plumb pineapple – It is called a pineapple chunk!

25. What do we call a scientist who specializes in pineapples He might be called a pineappleologist.

26. Why did the pineapple stop in the middle of the road Because he ran out of juice.

28. What do you call a pineapple in a pun – A Puneapple

29. I once put rum and pineapple into CERN’s particle accelerator Discovered the Piña Collider

35 Space Puns You Can’t Put It Down

130 Food Puns That Will Leave You Hungry For More!