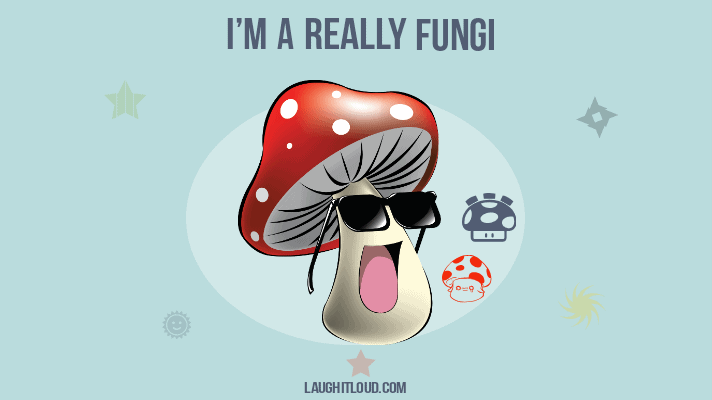 I’ve been collecting mushroom puns for a while now. They’re not very funny, but they’re pretty clever and fun to say!

Mushroom puns are the perfect way to spend time with friends and family. They’re funny, they’re easy to do, and they’re a great way to keep people entertained while you wait for your food.

If you need more inspiration on how mushrooms can be used as a way to express yourself (and possibly make someone laugh), here are some examples:

1. I met an awesome dude today, he was way into mushrooms He was a fungi.

2. I was recently rejected from a mushroom studying school.They said there wasn’t mushroom for a fungi like me.

3. Did the woman go on a date with the mushroom? Of course.. After all, he is a Fungi.

6. Having mushrooms in the morning Is the breakfast of champignons.

7. Did you hear about the mushroom who parked illegally? He was Toad.

8. Mushroom puns are the best for any occasion. They are very portabella.

9. I was gonna cook some garlic butter mushrooms, you know, spice up a meal Then I realised, ain’t anybody got thyme for that.

10. The reason the girl hated mushrooms is because they were too mushy.

11. When darkness sets in, fungi much like many other organisms go to sleep, but in mush-rooms.

12. The reason why toadstools always grow so close to each other is because they are contented with minimal space. They don’t need mush-room to grow.

13. Hear about the mushroom who had to make a tough choice? It was a big morrel dilemma.

14.When you take mushrooms for dinner for the very first time, you realize how magical they are.

15. There are many jokes about mushrooms. You need to be patient enough to allow them to grow on you.

16. I was going to try putting a mushroom into my cola. I wanted to be a my cola gist.

17. We didn’t allow mushroom into to the party? Because there wasn’t mushroom inside.

18. Make sure to always be careful when eating mushrooms If you eat the wrong one you could be in truffle.

1. Why did the mushroom have so many friends? – Because he was a fungi!

2.How does a mushroom clean its house? – With a mush-broom.

3. What kind of mushroom lives in the sea? – Oyster mushrooms.

4. What do you call a fungi that makes music? – A decomposer.

5. How much room does a fungi need to grow? – As mushroom as possible

6. Why did people invite the mushroom to the party? – Because he’s really, really cute!

7. What would a mushroom car say? – Shroom shroom!

8. What’s the only room you can’t have in your house? – A mushroom.

9. What’s it called when a mushroom reaches its climax? – Sporegasm

10. Did you hear the joke about the fungus? – I could tell it to you, but it might need time to grow on you.

11. Why’s it a bad idea to eat mushrooms for dinner? – Because you won’t have mushroom left for dessert.

90 Harry Potter Puns That Will Always Make You Laugh

50+ Hair Puns That Are Hair-larious