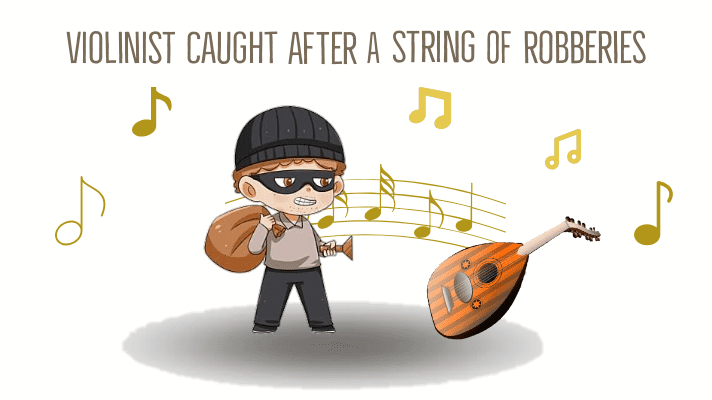 Music is a language, it is communication and it is art. However, unlike a normal language, such as Spanish or English, music has the characteristic of being universal, it can be listened to by anyone and can convey countless emotions and sensations.

If we take a look around us we can perfectly understand that we are surrounded by daily sounds and noises: a falling drop, the cry of a child, the waves of the sea; all this is music. Music is special for this very reason because it can unite different people, it can cheer and comfort. Regardless of the musical genres that you listen to, music also helps us to create our own identity, from rock to pop, from opera to popular song, every single genre unites people with the same characteristics.

To celebrate our love for music here are some hilarious music puns and jokes for all the music lovers, like us.

1. I was wondering why music was coming from my printer. apparently the paper was jamming.

2. I believe that orchestral music is inappropriate for kids. There’s too much sax and violins.

3. The claim that I turned the subwoofer off is a bass-less accusation.

4. I thought of a music pun but I’ll refrain.

5. I got kicked out of my choir because nobody could hear me. Singing loudly just isn’t my forte.

6. We are a music store just trying to drum up business.

7. Did you hear about the guy that dipped his testicles in glitter? Pretty nuts

8. I watched a movie about music puns last week. It ended in a clef-hanger.

9. My friend tried to steal a copy of “Free Fallin'” from a music store. He was arrested for Petty theft.

10. So two wind turbines are standing in a field when one asks the other ‘what kind of music do you like? The second replies ‘I’m a big metal fan’

2. I have played piano for years. I used to play by ear It sounds much better now that I use my hands

3. After playing guitar for years I thought I could learn to play the piano. But it’s not an easy instrument to pick up.

4. I wrote a song to memorialize the man killed when a piano fell down a mine shaft. It’s in A flat minor.

5. My uncle was crushed by a piano. His funeral was very low key

6. Recently broke my thumb, I asked the nurse if I’d be able to play the piano? She said I would I said that’s good I couldn’t play it before.

1. You ever heard the Stormtrooper band Probably not, they’ve never had a hit.

2. I used to be the triangle player in a Jamaican band but I had to quit. It was always just one ting after another.

3. You can book my band for corporate events We’re called Linkedin Park

4. You can always give punk rock bands constructive criticism They appreciate feedback.

1. I asked my friend Sam to sing me a song about my iPhone. And then Samsung.

2. I sang the rainbow song to a cop yesterday. They arrested me for colorful language.

3. I have a friend who writes songs about sewing machines. He’s a Singer songwriter, or sew it seams.

4. I just made a song about hammers. It’s a real banger.

5. Did you hear the new pop song about Covid? it’s pretty catchy.

7. I’ve just written a song about a tortilla. Well, it is more of a rap really.

1. Three musicians were arrested They were violion people

2. My son dropped and broke his violin But I fixed it with some cellotape.

3. Someone once asked if I ever played the violin I told him that I had fiddled with it

4. Violinist Caught After a String of Robberies

5. The violinist always seemed to have problems with his instrument. Since he was constantly fiddling with it.

6. I used an old Stradivarius violin to try and play a piece by Handel. But I baroque it.

1. What kind of music do planets listen to? – Neptunes!

2. How do plants play music? – They use a xylem-phone

4. Why are dogs better at playing classical music than cats? – Because, dogs can Bach

6. What type of music do cool rabbits listen to? – Hip Hop

40+ Cloud Puns That Have Rained For Years!